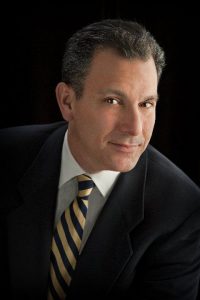 Dr. Joel Kahn is one of the worlds top cardiologists.

When he first started his medical career, he practiced traditional cardiology, meaning he performed bypass surgery, put in stents and performed other invasive medical procedures.

But he also advises patients on how to change their diet to avoid surgery. And for those who see him early enough, they can help their body heal itself through a well researched diet.

Dr. Kahn has authored scores of publications in his field including articles, book chapters and monographs. He writes articles for MindBodyGreen, Thrive Global, and Reader’s Digest and has six books in publication including Your Whole Heart Solution, Dead Execs Don’t Get Bonuses, The Plant Based Solution, and Lipoprotein(a). He has regular appearances on Dr. Phil, Dr. Oz, The Joe Rogan Experience, and The Doctors Show. He has been awarded a Health Hero award from Detroit Crain’s Business. He owns a health restaurant in Detroit.

You can learn more about Joel, his books and his heart-health practice by visiting DrJoelKahn.com.