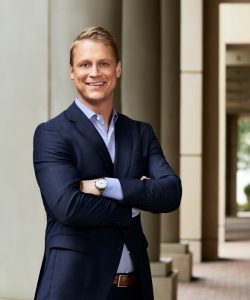 Wes Moss is the host of MONEY MATTERS one of the longest running investment and personal finance shows in America.

He has also written several money related books ranging from making more money at your job, starting your own company, to living a financially free and happy retirement!

Wes is also the Chief Investment Strategist at Capital Investment Advisors, managing assets in the billions.

When it comes to Money Matters, Wes is your guy.

Wes Moss is the host of MONEY MATTERS – Atlanta’s longest running live call-in, investment and personal finance radio show on News 95.5 FM and AM 750 WSB Radio. His show is also available on iTunes as a podcast.

Wes is the Chief Investment Strategist at Capital Investment Advisors (CIA). CIA currently manages more than a billion dollars in client assets, making it one of Georgia’s largest Fee-Only investment firms, according to the Atlanta Business Chronicle. He is also a founding partner of Wela, a digital advisory service launched in 2014 focused on helping beginning investors and the mass affluent. In 2012 he was named as one of the top 40 fee-only investment advisors (under 40) in the country by Wealth Management Magazine. In 2015 and 2014, Barron’s Magazine named him as one of America’s top 1,200 Financial Advisors.

In addition, Wes is a weekly guest financial columnist for AJC.com, the website of The Atlanta Journal-Constitution. He is also the editor and writer for About.com’s Financial Planning blog. In 2014, Wes was the host of Atlanta Tech Edge, a weekly TV show on Atlanta’s NBC affiliate WXIA, covering the fascinating business of technology within the state of Georgia.

If you would like to learn more about Wes, his books, and other money matters, visit WesMoss.com.

Additional information about Wes and Capital Investment Advisors can be found at YourWealth.com.