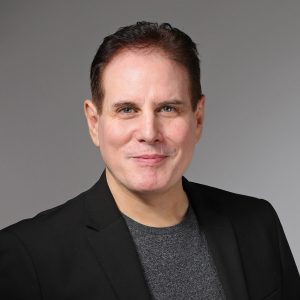 Seven Rudolph always thought he would have children one day, . . . but life happens.

Starting with Rock-and-Roll dreams, living in India for a couple of decades, co-founding the largest Ayurvedic company in the world, and now running a successful business helping others choose the right journey in life, . . . kids didn’t happen.

Luckily, a chance encounter in Lithuania brought love and a child into Stevens life, ate the age of 53!

In 1989, while pursuing a career in music in New York, Steven Rudolph took up a part-time teaching job to make ends meet. In his first class he had an epiphany: that he had an innate capacity to teach. Though he had no formal training, it was as if he already knew how to do it—as if he were a fish in water.

The realization led him to question his formal education that never led him to recognize this underlying ability. He began to understand that he wasn’t alone; there were millions of people who had completed their education without a clear idea of who they were—what their natural capacities were and how to make career choices that aligned with their potential.

To address this problem, Steven resolved to found a school whose main aim would be to help students identify their unique talents so that after graduation, they would be able to determine the best routes to attain success both personally and professionally.

But the question was how and where.

At the invitation of a friend, Steven traveled to the Himalayas to meet with numerous scholars of ancient Eastern wisdom. Little did he know that he would spend two decades in India, and that this would be the location for the educational institution he had dreamed about.
‍
During this time, he became fluent in Hindi, immersed himself in traditional philosophy, and eventually cracked the code of 5,000 year-old-scriptures that contained age-old secrets of personal alignment. Steven turned these learnings into the Multiple Natures System and applied them in his school as well as in other educational institutions throughout India.

It was soon apparent that anyone could benefit from Multiple Natures—regardless of nationality or age. So, in 2015 he founded Multiple Natures International to bring his human alignment tools to the world.

Today, Steven resides in Cambodia where he serves as CEO of MNI, and continues his exploration of ancient Eastern wisdom and its application to helping people become more aligned.

To see and listen to more stories about Fathers After 50, click the FA50 link below!