Don’t Stop! That’s what Everybody Does. Go the Extra Mile to Live an Awesome, Adventurous Life!   with Shawn Anderson        … 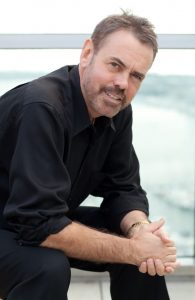 Shawn Anderson is a lifetime entrepreneur with a history of inspiring others. A seven-time author, Shawn is on a mission to create positive change whenever he goes. And he’s gone to a lot of places!

Still…he believes his greatest success and adventures are waiting to be lived.

Shawn Anderson is a #1 ranked “Motivation” and “Self-help” author, international keynote speaker, and a results-producing people builder. His “go the extra mile” philosophy and ability to produce winning results have been praised by political leaders, Olympic Gold Medal and world record holders, and media outlets around the world. An entrepreneur since the age of 10 when he started a business selling worms to fishermen, Shawn has continued by building businesses and organizing events that make a difference in how people think.
Shawn Anderson, inspiring, speaker, author, life coach, motivational, motivation, success

Shawn is the Founder of Extra Mile America and the creator of “Extra Mile Day” in the United States……a day recognizing the capacity we each have to create positive change in our families, our organizations, our communities and ourselves when we “go the extra mile.” On November 1, 2019, 533 cities made the unique declaration and recognized the superstar volunteer heroes in their communities.

When it comes to living the life he loves, this 7-time author walks the talk. He has built a multi-million dollar company, pedaled a bike 4,000 miles across the U.S. (twice), run a 100-mile race, and created adventures in close to 50 countries including having walked across seven countries – Spain, Portugal, England, Ireland, Italy, France and Japan (750 miles). Shawn has inspired and empowered tens of thousands of people around the world through his speaking and writing…including a speaking tour in the Philippines attended by over 10,000 people.

You can learn more about Shawn by visiting ShawnAnderson.com.