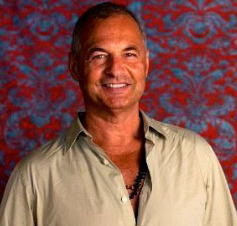 Robert Manni had his first child after the age of 50!

Robert has been featured on ABC Radio’s Men’s Life with Slacker.com and is a contributor to Huffington Post, Good Men Project, and multiple relationship publications.

His novel, The Guys’ Guy’s Guide to Love has been developed into two feature-length adapted screenplays, a scripted television series, and a series of non-scripted Guy’s Guy show concepts.

Along with Robert’s writing and advertising many of the world’s leading brands, he is also an energy worker with master certifications in Reiki and hypnosis. Most of all, Robert is a bona fide Guy’s Guy who somehow survived over twenty years of single life in Manhattan before marrying and becoming a father in his 50’s!!

You can learn more about Robert by going to www.RobertManni.com.