Homogenized Milk, Heart Disease, and the XO Factor Revisited
– 40 Years After
with Nicolas Sampsidis Part 2 of 2       … 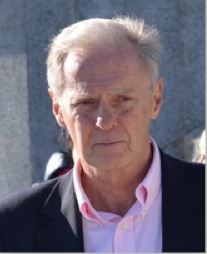 Why Does Heart Disease Remain the Leading Cause of Death?

“Quite simply, the symptoms of heart disease like elevated serum cholesterol are treated by physicians, not the actual causes,” says Nicholas Sampsidis, an authority on inflammatory diseases.

“Early in life, I was on a quest to get answers because my life depended on it. I had angina chest pain as a teen. With God’s grace, my search eventually led me to Oster and Ross, who taught me the intricacies of inflammation, decades before inflammation became a buzzword. We ended up publishing a book together.”

Cardiologist Kurt A. Oster, served 1943-1983 as Medical Director of McKesson Corporation, ranked 8th among the largest US corporations, today, with revenues of $214 billion, (Fortune 500). Together with Professor D.J. Ross and Nicholas Sampsidis, Oster announced to a stunned, worldwide audience on December 7, 1983 that cow’s milk contains the enzyme XO and that homogenization processing allows XO to enter the bloodstream undigested to trigger inflammatory processes and damage the inner lining of arteries resulting in lesions, calcification, and plaque – heart disease.

Contrary to claims by opponents, the XO’s role in atherosclerosis has never been disproven. Oster’s protogé, Nicholas Sampsidis, discusses in this podcast the Nobel Prize-worthy discovery that two enzymes acting in tandem, PLA2 and XO, produce free radical cascades, oxidative stress, and collateral, tissue damage not only in heart disease but also in more than 50 chronic and infectious inflammatory diseases, including the latest scourge, COVID-19.

“Indeed, it’s not the virus but hyperimmunity and inflammation that send COVID-19 patients to the morgue,” says Sampsidis. “People die because they’re treated, incorrectly.”

Nicholas Sampsidis is an integrative and functional biochemist who has formulated natural, diet-based protocols to reduce the enzyme kinetics of PLA2 and XO in diverse diseases long enough for the body to heal, naturally. “The proof is in the pudding,” says Sampsidis. Angina pectoris chest pain, neuropathy, non-healing wounds, arthritis, lupus, psoriasis, melanoma – the list goes on. Often enough, he found himself in consultations with patients after they were told by physicians to go home and get ready to die.

“Today, I teach, hands-on, how inflammatory diseases can be prevented, managed, and treated by taking charge of one’s health, regardless of age.”

Questions can be addressed to a dedicated email: nsampsidis@gmail.com