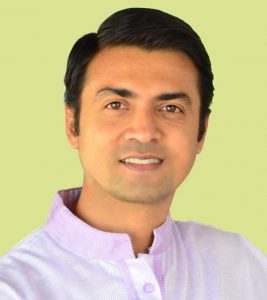 Darryl D’Souza was suffering with sickness for over14 years. Seeing different doctors, Taking antibiotics, and even surgery, but nothing helped. He tried allopathic doctors, ayurvedic medicine, then homeopathy with little relief. In desperation Darryl sought out healers, alternative methods, energy, crystals, and reiki. He tried everything possible but his health continued to spiral downward. Eventually he had to quit his job due to complications from medications. He left Mumbai and returned to his home in Goa, India. At that time a neighbor suggested he go to a man who has helped others overcome serious diseases. Darryl met the man, who told Darryl that he could heal himself, beginning with acupressure. Within a few days Darryl was much better and within six months he was totally off all medications. Since then, Darryl has been on a journey to teach others healing and healthful living through acupressure, naturopathy, diet, and nutrition.

Integrated Natural Therapies has helped thousands across the globe lead healthier lives. Darryl’s book ‘Become Healthy or Extinct’ on curing chronic illnesses with integrated natural therapies has been read in over 200 countries.  Darryl has devised several disease reversal programs that he does through workshops all across India. He has also launched platforms for doctors, healers & therapists to work together.  He holds workshops for people who would like to work with him in person.

Books Darryl mentioned during our talk:

Health In Your Hands: Instant Diagnosis & Cure of Serious Diseases by Devendra Vora
Milk: A Silent Killer by Nand Kishare Sharma
The China Study: The Most Comprehensive Study of Nutrition Ever Conducted  by T. Colin Campbell

You can learn more about Darryl, his seminars at DarrylD’Souza.com.