Stop Self-Sabotage! Get Past Your Past and Live Life to the Fullest!      … 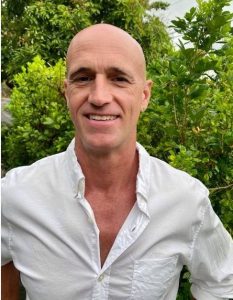 Bo Bissett was the typical kid growing up. Good grades, decent family, with a bit more success and popularity than other kids. But somewhere he got off track. By the time he reached his teens he was drinking, heavily. Years followed with losing jobs, friends, women, and almost being killed by reckless behavior. Twice!

Thankfully in his late 30’s he turned his life around. Bo is now happily married, living a productive life, and he wants you to live your best life too!

For all of my youth and over two decades of my adult life, I struggled. I don’t know where it came from, but I never really felt like I fit in. I had a nice family, friends, and grew up never really wanting for much. I excelled at the sports I played, got decent grades even though I never studied, and never had a problem finding a girlfriend.

But a toxic brew bubbled under the surface.

And when it did, anger quickly followed, and I’d instantly go from one of the best players on the field/court to one of the worst. That same pattern repeated in the classroom. I felt stupid, worthless, like a failure of immense proportions.

No matter how hard we tried, we kept bumping up against the same patterns, both individually and collectively.

Thanks to an Amazon suggestion, I started reading Dr. David Hawkins’ work. His book, Power vs. Force, had a huge impact on me. I knew we had the capability to make changes in our lives.

Dr. Joe Dispenza’s work really resonated with me, as well, yet no matter how hard I tried, I couldn’t get his system to work.

What I liked most about Dr. Hawkins’ work was his use of muscle testing as a way to “hack” the system and establish a communication with the subconscious. I really believed all the things I had done to myself were my fault, just not my conscious fault.

I read more, researched more, and came across a person using this kind of work to help people heal from the emotional programs installed as children wreaking havoc in their lives decades later.

During my first session, walls fell down. I felt them physically crumble in my body and psyche. In the days and weeks that followed, I cried more than in all the 40 years prior combined.

Learning self-muscle testing changed my relationship with myself. Honestly, that was the biggest change and had the biggest impact on my life to date!

Things completely change once the blindfolds come off.

That’s how it feels when you are running on the unconscious programs you installed as a child.

Think about that last sentence for a minute: the knee-jerk reactions to people, places, things, situations, emotions, and energy you had AS A TODDLER are directing your day-to-day life.

You can learn more about Bo and his courses by visiting: AmoniClear.com.