Harry Potter and the Executive Coach. How to Communicate Like a Wizard.    with Alan Samuel Cohen.   … 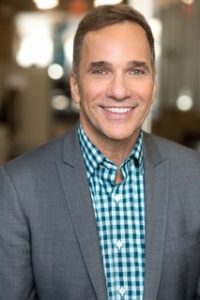 Alan Samuel Cohen was responsible for launching the Harry Potter books in the United States. During that time he learned a lot about helping other people reach their highest potential.

The experience led him to his calling as an executive coach and later write the book The Connection Challenge: How Executives Create Power and Possibility in the Age of Distraction.

But the book applies to all of us who want to connect better with family, friends, and everyone else in our life.

You can learn more about Alan, his books and his coaching at AlanSamuelCohen.com.